This is a broad educational project aimed at making Poles aware of the importance of the political and economic changes of 30 years ago for the development of Poland.

The project consists of: 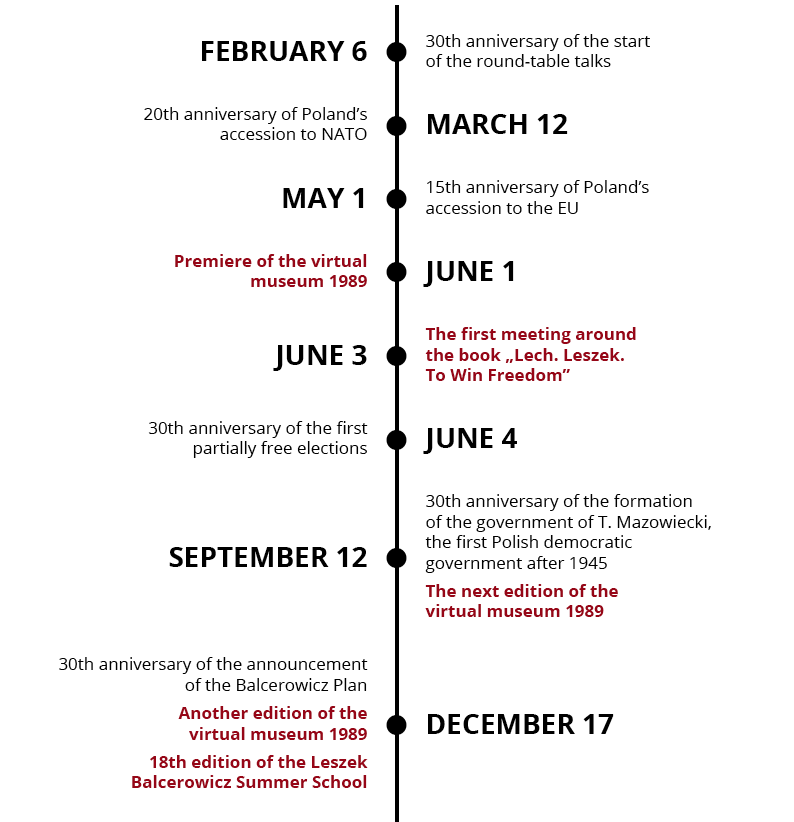 "Lech. Leszek. To Win Freedom" - the most important conversation of 2019 in Poland!

30 years ago Poles decided that freedom is the most important thing. We are building a free Poland together - entrepreneurs, people of culture, social activists, all citizens.

Freedom is of fundamental importance for Polish democracy. In 1989 many people laid the foundations for Poland's future success, including Lech Wałęsa, the founder of "Solidarity" and later President of the Republic of Poland, and Leszek Balcerowicz, the author of the Polish economic transformation.

What is freedom for two architects of Polish democracy? How did their actions and decisions lead to democratic changes in Poland? And is freedom given once and for all?

These and other important questions are answered by the book, which is a record of the first conversation between the authors of the Polish transformation, the publication of which would not have been possible without your support.

THE UPCOMING AUTHOR'S MEETINGS
ON THE SUBJECT OF THE BOOK 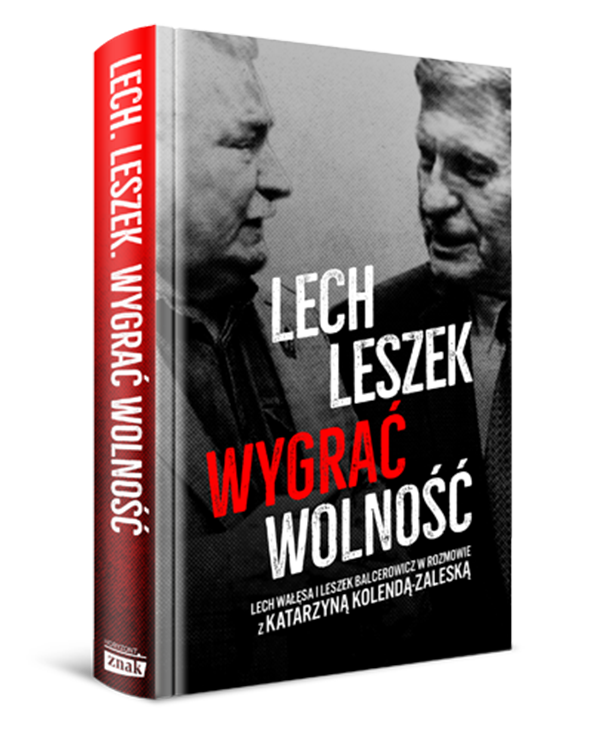 All proceeds from the sale of the book are allocated to support the project.

Such a story about the Polish transformation has never been told before. The events of 1989 are presented in the form of a virtual museum, accessible to every owner of a computer or smartphone.

An Internet viewer learns about the past by "immersing" into historical spaces reconstructed in 3D: the interior of a communist-era apartment, the Round Table meeting room, the Solidarity electoral staff in the former "Niespodzianka" café. The exhibition - addressed primarily to pupils and students - combines a modern form of communication with a comprehensive historical narrative. It shows the scale of the economic and civilizational collapse of the People's Republic of Poland in the late 1980s. It also shows the merits of the Solidarity opposition in leading Poland from dictatorship and central planning to democracy and the free market - especially the role of Balcerowicz's plan in releasing the natural activity of society. It will become clear to the audience that the political transformations of 30 years ago were precisely a "transformation" of the state, paving the way for Poland to the European Union.

The next "rooms" of the museum will be unveiled in three stages:

Dr Piotr Osęka, an outstanding Polish historian, whose research interests are primarily focused on the recent history of Poland was appointed the substantive editor of the 1989 Virtual Museum.

POLAND’S ECONOMIC WONDER: THE ROAD TO THE WEST

„"Economic Comic books" is a project that FOR has been implementing since 2009 thanks to the financial support of Santander Bank Polska S.A. Foundation, and as of 2018, also Eko Organizacja Odzysku Opakowań S.A. The aim of the competition is to present economic issues in a comic book form, comprehensible for young people.

Each year, the winning works are used to create a comic book anthology, which is distributed free of charge to schools all over Poland in paper form.

The 10th edition of the Economic Comic Book competition concerned the subject of the political and economic transformation in Poland after 1989 - the participants could choose one of five topics:

30TH ANNIVERSARY OF THE BALCEROWICZ PLAN

Over the last 30 years, we have managed to raise the standard of living from one of the poorest countries in Europe to the level of the South of the "Old Union".

Poles often live better today than the Greeks and Portuguese. However, Southern Europe is also a warning against how the overregulation of the economy, the deterioration of public finances and the poor quality of institutions are leading to stagnation. Today, Italians and Greeks are poorer, and the Portuguese are at a similar economic level compared to Germans as they were 30 years ago. The broad scope of economic freedom, efficient institutions, high employment rates and large companies consistently ensure a high standard of living for Northern Europe.

The purpose of the FOR report is not to provide a historical analysis or development forecast, but to present recommendations on how to make the Polish economy follow the "Northern" path of the German or Dutch economy, instead of stopping at the level of Southern Europe.

The publication of the Report will take place during a exceptional conference on the occasion of the 30th anniversary of the Balcerowicz Plan.

This year, due to the 30th anniversary of the adoption of the so-called Balcerowicz Plan, FOR has planned a special edition of the Leszek Balcerowicz School, devoted to the 30 years that have passed since the Polish economic transformation.

This project brings together every year a group of ambitious young people who take part in unique lectures and workshops conducted by experts in the field of economics, business and communication.

SUPPORT THE 30 YEARS OF FREEDOM PROJECT

By paying even the smallest amount you support the most important citizens' initiative on the occasion of 30 years of freedom in Poland!

FOR’s activity is mostly financed by donations from supporters, individuals and private companies who share the conviction that civil and economic freedoms and the rule of law are the basis of a good life for each of us. FOR does not use government funds or contract research in order to maintain its full independence.

The Civil Development Forum - FOR foundation was established in 2007 by Leszek Balcerowicz. It analyses most areas of economic policy and law and creates recommendations for the government and the public. It prepares its own reports and analyses concerning economic policy in Poland.

FOR’s mission is to increase active support in the society for a wide range of individual freedoms (especially economic freedom) and to raise the level of the rule of law in the state.